Dial down the volume 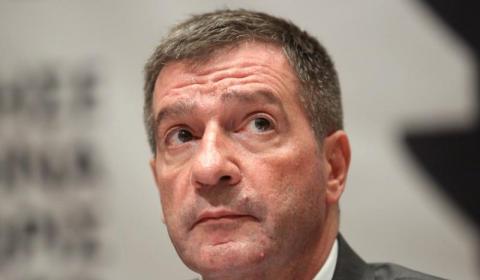 Greeks like their drama. But they fail to grasp how dangerous it can be at crunch time. Greek political leaders so often let words slip out without realizing the consequences. Sometimes they regret them but it is too late.

Take former PASOK chief George Papandreou for example, who, as leader of the opposition, objected plans to privatize the port of Piraeus and would not stop calling for early elections, here and now as he put it. Similarly, Antonis Samaras had adopted a firm anti-bailout stance that lost him a big number of followers when he turned to the path of responsibility.

More recently, leftist opposition leader Alexis Tsipras has made a series of over-the-top remarks that could prove extremely damaging. Remarks like his reference to the 1965 political crisis in Greece, known as the Apostasy, in a warning ahead of next years presidential election, are creating a sense of political instability.

Sure, corruption has not disappeared but Greece in 2014 bears no resemblance to Greece in 1965. There is no such thing as the monarchy, no unchecked CIA involvement in domestic politics, no imminent threat to democracy. That said, certain actions are not helping.

If there was one piece of advice I would give Greek politicians it would be: Avoid exaggerations. They are bad for the country, and they can always come back to bite you.

I know, they would probably respond: Welcome to Greek politics. If you skip the drama you will become irrelevant.

But this is not necessarily true. Sure, part of the public has a soft spot for drama. However, the success of Athens Mayor Giorgos Kaminis and his Thessaloniki counterpart Yiannis Boutaris demonstrate that a big chunk of voters are allergic to drama and...