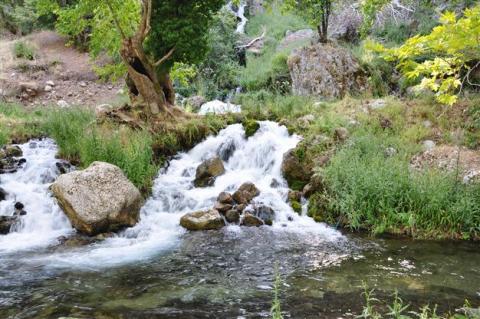 The river takes its water source from the Bey Mountains, west of Antalya. DHA Photo

Turkeyâs Council of State approved on June 30 an earlier ruling declaring the AlakÄ±r River in the Mediterranean province of Antalya a natural protected area.

A total of four hydroelectric plants (HES), have so far been constructed along the 70-kilometer-long river, which takes its water source from the Bey Mountains, west of Antalya.

Another four HES projects are planned to be built, but the riverâs upgraded status may prevent their development, as construction in natural protected areas is forbidden according to Turkish legislation.

The Council of Stateâs ruling comes after the 3rd Administrative Court of Antalya canceled a previous decision from the provinceâs Culture and Natural Asset Protection Board in 2010, which had stated that the AlakÄ±r River and the basin where it takes its source were not protected areas.

The ruling also stressed that lifting the protected area status would be in the general interest on cultural, scientific and environmental grounds.

The boardâs decision had cleared the way for the completion of the first batch of four HES projects in 2009, despite an intense legal battle with locals.

But the four new projects had further incremented public outcry, with experts warning that the river could dry out if the two plants near the riverâs basin were to be constructed.

The decision from the 2nd Administrative Court of Antalya to issue a stay of execution last March had provisionally halted the construction. A ruling from the court about the positive environmental impact assessment (ÃED) reports, which were issued by the Environment and Urban Planning Ministry for two of the projects, is still pending.

Across Turkey, many HES...