Djuric: Issue of invasion of Serb property to be resolved 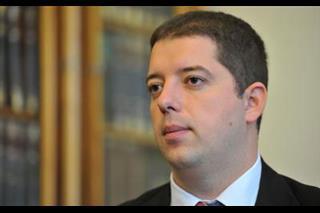 FRANKFURT - Activities of Kosovo's privatization agency undermine the foundations upon which the Serb community in the province is built, Director of the Serbian government's Office for Kosovo-Metohija (KiM) Marko Djuric said Friday.

For that reason, one of the priorities is to resolve the matter of privatization agency's actions which judicial bodies in the province have characterized as criminal, Djuric said in an interview to the Serbian-language daily Vesti, published in Frankfurt.

“The invasion of private and state property of the Serbs in Kosovo-Metohija is a crime against the entire nation and, in a way, a continuation of the policy of ethnic cleansing,” he stressed.

When asked what options the Serbs have to prevent such acts, Djuric pointed to the formation of new executive bodies in the province (after the early parliamentary election) which largely depend on the participation of candidates on the Srpska slate in the Kosovo government.

The community of Serb municipalities (ZSO) is also to be established, he said, noting that this should create better living conditions for Serbs and prevent the revocation of their rights and further expulsion, as well as various forms of pressure and invasion of their property.

Based on the Belgrade-Pristina agreement concluded in Brussels on April 19, 2013, the ZSO will be in charge of urban and rural planning and decision-making regarding the use of land and construction, which is one of the key matters for KiM Serbs that can make the difference between survival and disappearance, said Djuric.

The dynamics of the ZSO formation, which is already late because of Pristina's obstruction, depends on further political negotiations in Brussels, the director of...