No confirmation about mosquitoes in Serbia being infected 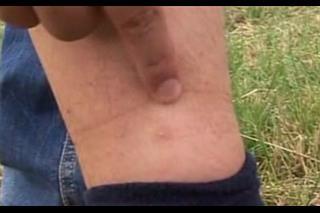 BELGRADE – With the May flooding and high humidity in Serbia providing mosquitoes with favorable breeding conditions, the latest report by Belgrade’s Institute for Biocides and Medical Ecology gives no confirmation about mosquitoes in Serbia carrying West Nile virus (WNV).

A state of emergency has been declared following an invasion of these insects in Pancevo and Kovin, two towns on the banks of the Danube River, and according to the Director of the Institute for Biocides and Medical Ecology, Dragana Despot, local governments were caught unprepared for mosquito season and have not allocated enough funds for spraying.

Despot says that the Institute is responsible for tracking and detecting WNV in mosquitoes across the country and adds that the situation is presently being monitored in all flooded regions in 72 municipalities in the country.
“We have started tracking the number and types of mosquitoes, as well as the presence of West Nile virus, in April. With the latest, last night’s results, we have still not detected the virus in mosquitoes,” Despot told Tanjug.

According to the latest information received from the Institute of Public Health of Serbia, ten “probable cases of West Nile Virus” have been identified but none has been laboratory-confirmed by analysis of the cerebrospinal fluid, she said.
“Ten likely cases does not really mean that we have ten patients infected with West Nile virus,” said Despot.

The Torlak Institute of Virology has told Tanjug that the presence of WNV in patients has not been laboratory-confirmed, while Belgrade’s Clinic for Infectious and Tropical Diseases say they have treated milder cases in several patients presumed to be infected with West Nile virus.

Vucic: Important meetings in Davos, I was open about problems

Mali: Serbia to store natural gas in Hungary next winter