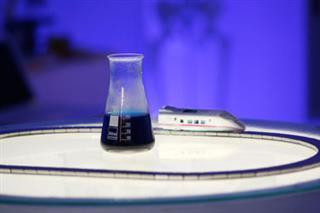 BELGRADE - Serbia marked the National Science Day and the anniversary of the birth of Nikola Tesla with numerous events, panels, programs and meetings on Thursday.

At a meeting in the Science and Technology Park Zvezdara, State Secretary at the Education Ministry Aleksandar Belic said that a Belgrade technology park will be set up within that park, hiring 500-1,000 people who will work on high-tech and innovation projects.

On the occasion of the National Science Day, the Innovation Fund organized an event titled “Where Science and Innovative Entrepreneurship Meet”, presenting the results of projects financed under the Innovation Serbia Project.

This project is financed by the European Union through 2011 Instrument for Pre-Accession Assistance (IPA) funds and administered by the World Bank, with the funds totaling EUR 8.4 million.

The innovations done in six companies have been presented, and according to Acting Director of the Fund Marko Atanasovski, thanks to financial mechanisms for innovative start-up companies, a total of EUR 6 million have been allocated to companies across Serbia, for innovative projects carried out by micro and small companies.

The City of Nis organized a tour of the University Library named after Nikola Tesla and one of the oldest mini hydro-power plants in Serbia- St. Paraskeva in Sicevo, which started operating in 1908.

On Tesla's birthday, July 10, the EXIT festival was declared open at Petrovaradin Fortress in Novi Sad, which will, with the message “Revolution”, honor this Prometheus of the modern age.

In Belgrade, a science club for children was opened in the Center for Promotion of Science (CPN) science club, the Horizon 2020 program presented, a panel...