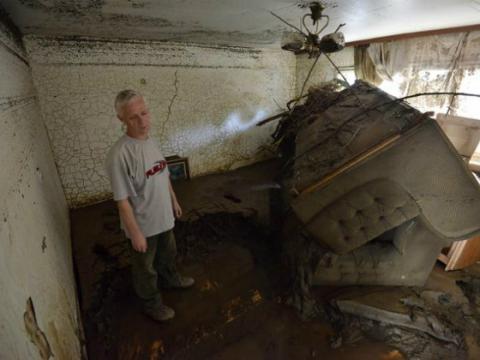 As a donors conference prepares to start work this week in Brussels, Bosnia said it had raised only 250 million euro of the 2 billion it needs to repair the damage caused by devastating floods in May.

The money gathered so far came from credits, initial donations and from the budgets of the country's own institutions.

“Another 185 million KM [95 million euro] has come from the IMF while the World Bank loaned us 100 million dollars [74 million euro] at an interest rate of 1.25 per cent, with a grace period of 10 years and a deadline to return it of 20 years,” Bevanda said.

Addressing parliament last week, Bevanda said damage reports showed that around 950.000 people had to move from their homes during the floods while around 100,000 buildings were totally destroyed or damaged.

More than 250 shools, hospitals and other public institutions were reported to be damaged while significant damage was done to infrastructure such as roads, railways and bridges.

Dozens of people were evacuated from danger of water and landslides in May and a few thousand still remain in collective shelters as their homes were completely destroyed.

Bevanda said the floods caused damage and losses worth around 15 per cent of...