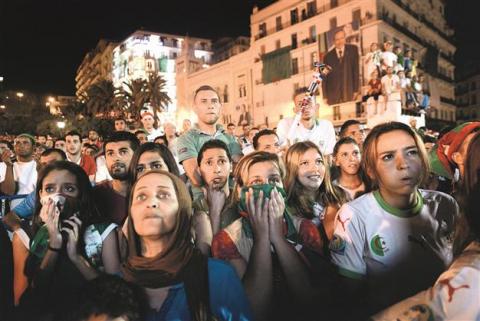 Womenâs passion for football in predominantly Muslim countries is not only for the passion of the beautiful game, but is also fueled by the fact that it fulfils a need to release energy and in a conservative society that severely restricts their freedom Womenâs passion for football is not simply a love of the beautiful game. It fulfils a need to release pent-up energy and imitate others and endangers their role in a conservative Muslim society that severely restricts womenâs freedom, including the right to play football.

That is Saudi psychiatrist Imad al-Dowsariâs analysis of heightened football passions among Saudi women during the 2014 World Cup in Brazil. Saudis, including many women, avidly discuss matches, teamsâ strategies and refereesâ decisions on social media even though their national team did not make it to the Brazil finals.

The fact that Saudi Arabia is not represented is, however, less of a problem for Saudi women, Dr. al-Dowsari suggests. He estimates 60 percent of Saudi women support a team because of its elegance and good-looking players.

Dr. al-Dowsari noted large numbers of predominantly young Saudi women, decked out in abayas, the all-covering cloak they are obliged to wear, designed in the colors and logo of their preferred team, under which they sport T-shirts with the same colors and matching nail polish, congregate in coffee shops to watch World Cup.

âIt is not a psychological condition, but a kind of imitating people around them in highly emotional situations. It is also an outlet for women to release their pent-up energy,â Dr. al-Dowsari told the Saudi-owned, pan-Arab al-Hayat newspaper, noting women had fewer opportunities to release...