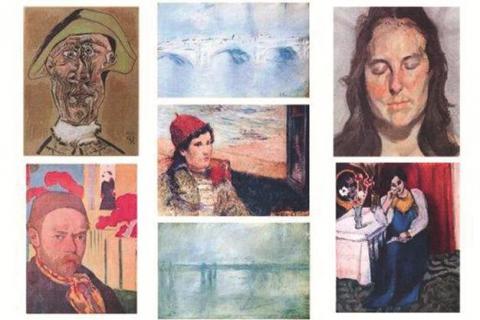 Seven paintings that were temporarily on display at the Kunsthal Museum in Rotterdam were stolen in 2012 in a raid that lasted only three minutes.

Four Romanians behind a spectacular art heist in the Netherlands were ordered July 14 to pay 18 million euros, with the fate of the stolen masterpieces by Picasso, Monet, Gauguin and Lucien Freud still a mystery.

Seven paintings that were temporarily on display at the Kunsthal Museum in Rotterdam were stolen in 2012 in a raid that lasted only three minutes, in what the Dutch media called âthe theft of the century.â
A court in the Romanian capital ordered the heistâs mastermind Radu Dogaru, his mother Olga, Eugen Darie and Adrian Procop to reimburse the paintingsâ insurers.  Prosecutors put the total value of the haul at over 18 million euros while art experts at the time of the heist had claimed the paintings were worth up to 100 million euros.

Olga Dogaru told investigators she burned the paintings in her stove in the sleepy village of Carcaliu in a bid to protect her son when he could not sell them. She later retracted the statement but a separate investigation is under way.

Ernest Oberlander-Tarnoveanu, director of Romaniaâs National History Museum, said evidence of âpainting primer, the remains of canvas and paintâ were found in the stove, but experts must determine whether the ashes came from the missing paintings.

âWe will contest the ruling,â Catalin Dancu, the Dogarusâ lawyer, told AFP.  âIn the first place, we donât believe the stolen paintings were the originals and secondly it is up to the museum to pay because it took the stupid risk of displaying the artwork without a proper surveillance system,â he added.