How I Seduced Princess Jelisaveta 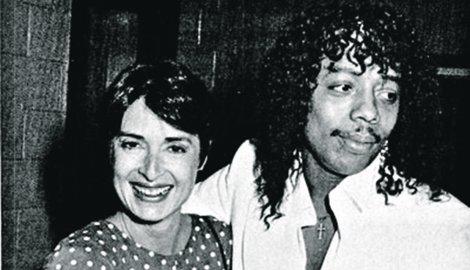 
Cocaine, women and music were the whole life of the uncurbed funky musician. Mother of Catherine Oxenberg has found a place in his heart as well.

Recently was posthumously published autobiography of Rick James, star of the seventh and the eight decade of the past century. The book, titled “Glow”, is a hit in USA bookstores. Besides many shocking details, Rick also discovered that he had an affair with Princess Jelisaveta Karađorđević.

-At Christmas time, I’ve got to know Catherine Oxenberg, the star of the midnight soap opera Dynasty. But I was much more interested in her mother, Jelisveta. She was a real member of a royal family, and a fascinating woman. We become friends wery soon.

She was 12 years older than me, she had a well preserved body and youthful face. She was seriously involved in the story of human rights. We seriously discussed religion and politics. She considered me interesting and was willing to meet me again- wrote James, adding that Jelisaveta has helped him to give up drugs.