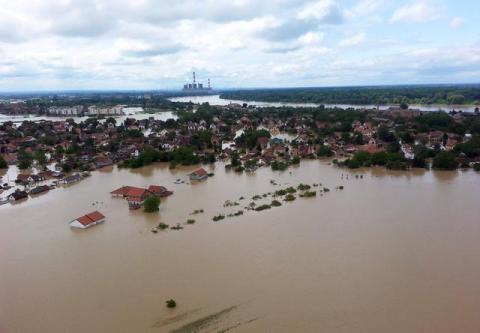 
BELGRADE -- An international donor conference will be held in Brussels on Wednesday to raise funds for the reconstruction of areas affected by floods in Serbia and Bosnia.

Serbia provided an assessment of flood damage to the Serbian economy, infrastructure, apartments and houses, and said it reached EUR 1.5 billion, while Bosnia-Herzegovina put its losses at over EUR 2 billion.

Serbian Foreign Minister Ivica Dačić, who will participate in the conference, said he expected "several hundred million euros" to be collected to help both countries deal with the consequences of the disaster they faced in May.

In addition to the institutions of the European Union, as well as many of the world's rich countries, the donors' meeting will be attended by several UN bodies, the World Bank, the International Monetary Fund, the International Finance Corporation.

The European Bank for Reconstruction and Development (EBRD) has already announced that it will provide a very favorable loan in the amount of EUR 500 million for Serbia, Bosnia-Herzegovina, as well as other countries of the Western Balkans and EU member Croatia, that also, although to a much lesser extent, suffered flood damage in May.

The European Commission, announcing the event, highlighted the fact that the floods directly or indirectly affected over three million people in Serbia and Bosnia, heavily damaged home...