From Math Olympiad to Cambridge 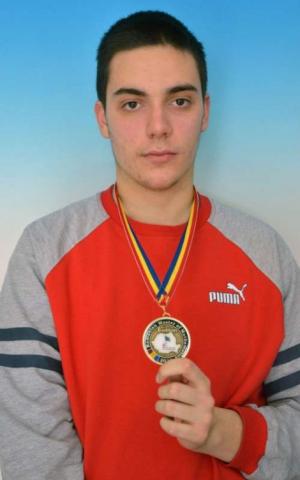 
NIŠ: I am looking forward to studying at Cambridge and I am sure that I will find my way quickly, Žarko Ranđelović, a talented young mathematic from Niš, told Blic.

He has been dreaming of a gold medal for a long time. Last year his dream came true on the Olympiad in Colombia. Then he wished to win gold again, in order to prove to everyone that he was the best.

He succeeded in doing this in the South African Republic, from where he returned with a golden medal. It was the most beautiful gift for his 19th birthday, which he celebrated in Cape Town, on July 10th.

- I was thinking of repeating the grade, so I could go to the Olympiad once more and try to win the third golden medal, he jokes. Then I would find my place in the Hall of Fame, on the official list of international Olympiads. Of all Serbian competitors in the 50 years old history of Math Olympiads only Teodor von Burg made it to the list, says Ranđelović.

Žarko will not try to win his third golden medal, because he will move to Cambridge in autumn.

The sharp-minded English professors realized very quickly that they simply have to bring the young Serbian mathematical genius to England. Not only have they accepted him to the university, but they also awarded him a full scholarship so he could study mathematics at one of the most-renowned colleges.