"No reason for price hikes in fall" 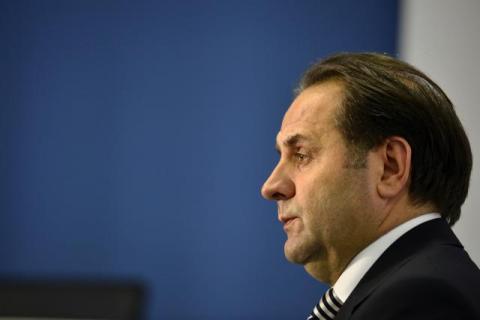 "No reason for price hikes in fall"


BELGRADE -- Rasim Ljajić has said that he does not expect price hikes starting in the fall despite the damage the severe floods caused to the field of agriculture.

“We will have wheat and corn enough for exports, and good sunflower and fruit yields,” the minister of trade said in an interview to Tanjug.

This year, one million tons of milling wheat will remain for exports, he noted, voicing expectation that the corn yield will amount to 5.7 million tons, while a total of around 4.5 million tons are needed for meeting the domestic needs.

The minister of trade said that the fruit yield will stay at the last year's level, except for the raspberry yield which registered a fall of 20 percent.

Such yields guarantee the stability of market supply, so I do not expect any major increases in the prices of core agricultural products, Ljajić said.

He mentioned a low purchasing power as another reason why he believes that there will be no price hikes as far as agricultural products are concerned.

“Traders will have even lower retail turnovers, if prices go up,” Ljajić said.

In an interview to Tanjug, he said that this autumn, the Serbian government will start preparing a new labor bill, as the current changes are a real breakthrough, but are not fully in line with the EU directives.

“We want to work on a new labor law which will be comprehensive, as the one that has been just passed is not fully harmonized with all international standards, and does not contain the new conventions of the International Labor Organization,” Ljajić said, signaling that the government will open talks with trade unions and employers as soon...