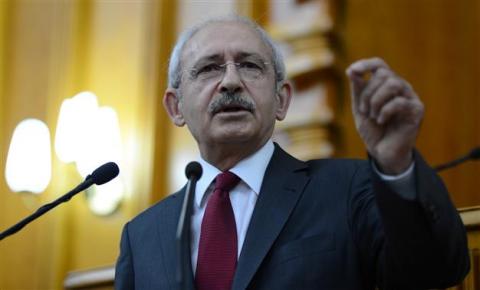 The ongoing Gaza crisis has proven once again that Turkey has lost its regional and global weight at the hands of this government, main opposition Republican Peopleâs Party (CHP) leader Kemal KÄ±lÄ±Ã§daroÄlu has said, stressing that harsh statements issued by senior government officials were not enough to bring about concrete results.

âTurkey is no longer counted [in international efforts to resolve the Gaza crisis]. Why is that? Because Turkey no longer has weight in the region. Where are Turkeyâs words heard? In Syria? In Iraq? Only in Qatar and Saudi Arabia. Do Westerners know? Yes, they know. The U.N. secretary general [Ban Ki-moon] knows it too. Turkey is no longer on the page,â KÄ±lÄ±Ã§daroÄlu said in a speech to his parliamentary group on July 22.

âTurkey is isolated. Turkey does not deserve this,â he said, adding that the U.N. Security Council was convened upon the call of Jordan, not Turkey.

Recalling that Ban Ki-Moon and U.S. Secretary of State John Kerry were currently holding a regional tour to resolve the problem in Gaza, KÄ±lÄ±Ã§daroÄlu stressed that previous such visits to the region also came to Turkey.

âThey do not stop by. They think it has no use. We would have no problem if we had a prime minister consistent in his words and in his acts,â he said, adding that ErdoÄanâs âinconsistencyâ had caused distrust in Turkeyâs partners. âThe main reason for this distrust is too much talking with no action. He talks 20 times a day. But what are you doing? Nothing. Foreign policy [issues] cannot be resolved by just talking.â

KÄ±lÄ±Ã§daroÄlu repeated his accusation that ErdoÄan and Foreign Minister Ahmet...