Hashim Thaci, Fatmir Limaj and Jakup Krasniqi could be indicted for war crimes 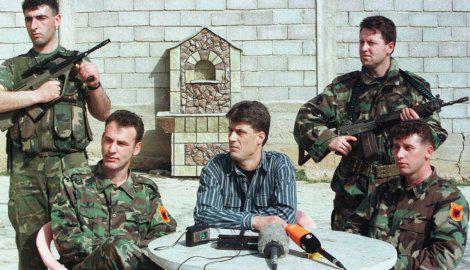 Finally Proofs of Crimes of KLA Thaci and Limaj could be accused for killing Serbs. Hashim Thaci, Fatmir Limaj and Jakup Krasniqi could be indicted for war crimes


Hashim Thaci, Fatmir Limaj and Jakup Krasniqi could be indicted for war crimes.

Special team, led by American Clint Williamson, couldn’t collect enough evidence on trafficking of human organs in the Yellow House case, despite three years of investigation, but it made a list of at least ten former commanders of KLA for whose involvement in war crimes there are strong proofs, says a reliable source of Blic.

Williamson is expected to publish his report on investigation on Monday, 28th of July, but our source says that it isn’t for certain that the names of the responsible are to be known immediately. Pink TV published yesterday on its website unofficial information that Thaci might be indicted next Tuesday, while our source says that there was a great pressure to remove Thaci and Ljimaj from the list of responsible.

Beside Thaci, Limaj and Krasniqi, Serbian war crimes prosecutor’s office has indicated that Agim Ceku and Ramush Haradinaj could also be involved in trafficking of human organs. According to information obtained by Blic, Haradinaj and Ceku are not on Williamson’s list at all.