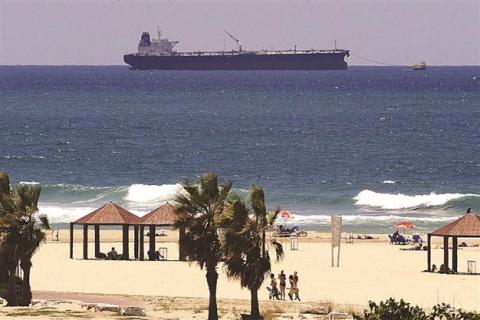 A tanker carrying crude oil from Iraqi Kurdistan is hours away from the Port of Galveston in Texas, according to Reuters ship tracking data and the U.S. Coast Guard.

The Marshall Islands-flagged tanker United Kalavrvta, which left the Turkish port of Ceyhan in June carrying oil from a new Kurdish pipeline, is slated to approach the Texas port of Galveston on July 26 evening and has issued a notice of pre-arrival to ship traffic managers.

But Coast Guard Petty Officer Andy Kendrick said the ship is too large to enter the Galveston port, near Houston. That means it would have to offload its cargo onto smaller ships offshore before the oil is delivered to the U.S. mainland.

Kendrick also said the Coast Guard was in contact with the U.S. State Department, the National Security Council and the Department of Homeland Security about the shipâs arrival.

Trading sources in Texas, New York, London and Geneva have been unable to identify the buyer of the United Kalavrvtaâs cargo. The oil could go to any one of the many refineries located along the U.S. Gulf Coast.

The ship carries approximately 1 million barrels of crude, which would fetch more than $100 million at international prices. Any sale of Kurdish crude oil to a U.S. refinery would infuriate Baghdad, which sees such deals as smuggling, raising questions about Washingtonâs commitment to preventing oil sales from the autonomous region.

The U.S. government has expressed fears that independent oil sales from Kurdistan could contribute to the break-up of Iraq as the government in Baghdad struggles to contain the Islamic State (IS).