Deals reached for twin plot on Afandou, for 42 million 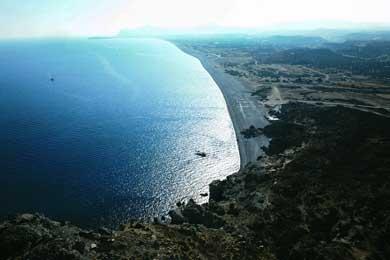 State sell-off fund TAIPED announced pn Tuesday that it has reached a deal for the utilization of two adjoined plots at Afandou on Rhodes, amounting to 42.1 million euros.

The funds governing board met yesterday and voted in favor of conceding the northern plot, covering 1.36 square kilometers and includes a golf course, to M.A. Angeliades Inc, which offered 26.9 million euros. This is a construction firm based in Long Island in the USA and was founded in 1991 by Greek-American Merkourios Angeliades.

According to TAIPED, the combined investment in the two plots will exceed 300 million euros and will respect environment directives.