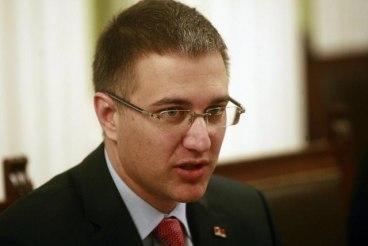 
BELGRADE -- Interior Minister Nebojša Stefanović has said that the police came to certain evidence in their investigation of Dragoslav Kosmajac.

Kosmajac was previously described as "the biggest drug dealer in Serbia."

Stefanović told TV Pink that the police probe started with the property of Kosmajac and that "other investigations, that are now being implemented, proceed from that one."

"We already have some elements for different things," said the minister, and added: "Once we are ready to come out with concrete facts and when we have rounded up the investigation, we will notify the public."

He did not wish to present specific details in relation to this investigation.

The minister also said that a working group was formed to work on the new Law on Police, which will as its "main novelty" have "career-based advancement."

What this means is that "no one will be able to immediately upon arrival in the ministry become chief of a (police) administration without enough knowledge and experience," said Stefanović.

"Those people who for years advanced through their career without any blemishes will be promoted, others will have to earn it and won't be able to advance against the rules", said Stefanović.

The minister stated that the recent dismissals in the police were inevitable due to unsatisfactory results, but that fundamental reforms of the police are not about personnel, but about system changes.