Verheijen: Budget support loan only after deal with IMF 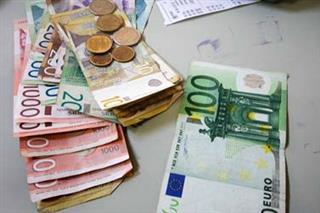 BELGRADE - World Bank (WB) Country Manager for Serbia Tony Verheijen has said that it is currently the WB's priority to secure a USD 300 million loan for Serbia's flood recovery, and noted that a budget support loan cannot be granted without the Serbian government's agreement with the International Monetary Fund (IMF).

The government will be able to use 40 percent of the budget support loan for the things that it already financed in the previous year, Verheijen said in a statement published in the Monday issue of Belgrade-based broadsheet Politika.

The remaining 60 percent of the loan will be allocated for future expenditures such electricity imports and agricultural subsidies, he specified.

We hope that the loan could be granted before the bank's annual meeting in October, he said.

Asked to name the requirements for Serbia to get the budget support loan, he answered that it is important for the government to take serious steps forward in resolving the status of enterprises in the process of restructuring.

Minister (Dusan) Vujovic told us that the government will give these enterprises another month to come up with a plan that it will then assess. This means that their status will not be resolved before mid-October, and we cannot agree on details concerning the budget support loan before the government takes concrete steps, Verheijen said.

Previously, we were ready to grant you this loan even without the agreement with the IMF, but it is no secret that Serbia's fiscal situation is getting worse due to floods, the lack of economic growth, but also the political situation in Europe, he added.

In these circumstances, we cannot grant you the loan without the agreement with the IMF. This...