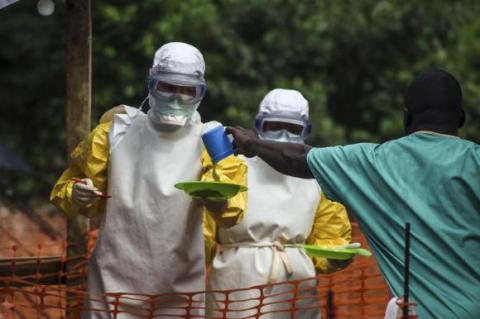 Greeks have been advised not to travel to West Africa unless absolutely necessary following an Ebola outbreak in the area.

Health Ministry officials made the recommendation after meeting with the Hellenic Center of Disease Control and Prevention (KEELPNO) on Tuesday. Greeks who do travel to West Africa are advised to seek guidance from KEELPNO on the best way of avoiding the deadly disease.

KEELPNO also advised that passengers arriving from countries where people have died from Ebola should be screened when they arrive in Greece.

Experts said there is minimal risk of the virus being carried to Greece by irregular migrants. Only 1 migrant out of some 6,500 who recently arrived in Greece was from West Africa, authorities said.

More than 800 people in West Africa have died after contracting Ebola, and the World Health Organization (WHO) admitted last week that the disease is spreading faster than efforts to control it.