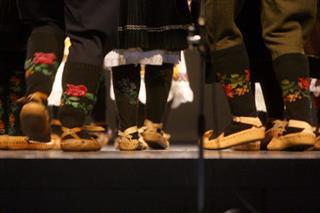 In addition to representatives of the host city, this year's festival programme will gather folk dance groups from Bulgaria, Georgia, Spain and Republika Srpska (Serb entity in Bosnia-Herzegovina).

During the past decade, the Pirot song and dance festival featured performances of over 2,000 participants from many countries, including countries very far away from Serbia such as China and Argentina.

The festival will last until August 9 and prior to evening performances, participants will take part in a street parade.

The sponsor of the festival is the City of Pirot and the festival was organised by the local Cultural Centre.