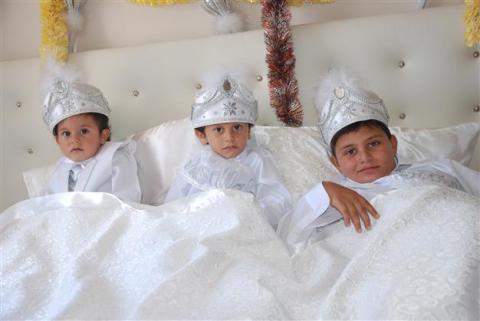 Eight-year-old Diego Mohammed, three-year-old ArmaÄan Armando and two-year-old Alptekin Maradona were all born in Germany before moving to AltÄ±noluk, a Turkish seaside town, with their parents one and a half years ago.

âThis is a great feelingâ ÅentÃ¼rk, âI hope all parents who have sons will experience this [emotion],â Tekin ÅentÃ¼rk said.