Too early to send experimental Ebola drug to Africa: Obama 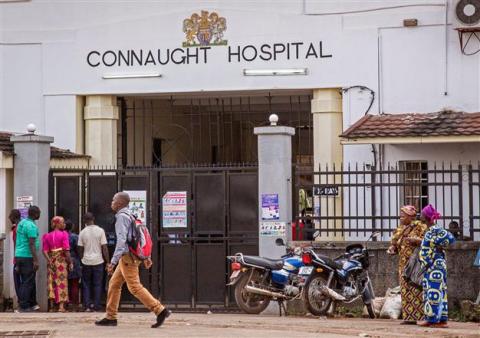 People walk past the Connaught Hospital in Freetown that is used for treatment of Ebola virus victims in the city of Freetown, Sierra Leone, Wednesday, Aug. 6, 2014. AP Photo

US President Barack Obama said Wednesday it was too soon to send experimental drugs for the treatment of Ebola to West Africa, which has been hardest hit by the deadly outbreak.

Obama said affected countries should instead focus on building a "strong public infrastructure," adding: "I think we have to let the science guide us. And I don't think all the information is in on whether this drug is helpful."

The decision to use an experimental drug to treat two Americans infected with Ebola, while nearly 1,000 Africans have already died from the deadly epidemic, has sparked controversy.

Asked if, should the drug prove to be effective, he would support fast-tracking its approval in the United States, Obama replied: "I think it's premature for me to say that because I don't have enough information. I don't have enough data right now to offer an opinion on that."

Obama emphasized that Ebola, a hemorrhagic virus that kills more than half of those infected, "is not an airborne disease.

"This is one that can be controlled and contained very effectively if we use the right protocols."        But he said: "the countries affected are the first to admit that what's happened here is the public health systems have been overwhelmed. They weren't able to identify and then isolate cases quickly enough."
"As a consequence, it spread more rapidly than has been typical with the periodic Ebola outbreaks that occurred previously," he added.

He said the United States is working with European partners and the World Health Organization to provide resources to help contain the epidemic.