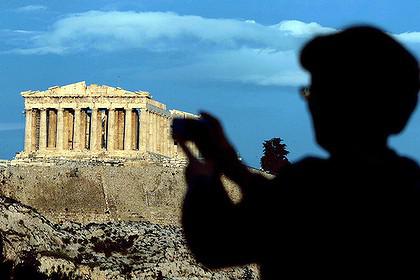 There is a clearly rising trend in the number of foreign and diaspora investors looking for opportunities in Greek tourism, with the latest confirmed opening coming from US fund Kohlberg Kravis Roberts (KKR), which has sent representatives to the country to assess the business environment.

As part of their visit, senior officials from KKR met with Tourism Minister Olga Kefalogianni to brief her on the companys intention to invest in Greece. According to sources, the officials asked for assurances of continuing political stability in the crisis-wracked country, saying that it was a necessary prerequisite for their investment to proceed. The same fund, meanwhile, is looking into other markets that are in competition with Greece as a destination, such as Spain.

Expanding into Greek tourism also appears to be among the goals of international hotel groups such as Four Seasons Hotels and Resorts, whose shareholders include Saudi Prince Al-Waleed bin Talal, and Cascade Management, which is controlled by American tycoon Bill Gates.

The international group has expressed an interest in undertaking the management of 5-star hotels in Athens and the Peloponnese, while the possibility of it branching out into new investments has not been ruled out. It is worth noting that the Four Seasons portfolio contains 93 units in 38 countries. Prime Minister Antonis Samaras met with the prince recently and discussed investment opportunities in Greece.

On the diaspora front, businessman Petros Iliopoulos, who specializes in tourism investments, is planning an ambitious project on the outskirts of Sparta. The Greek-Canadian businessman has set his sights on a privately owned 27.7 hectare plot, where he plans to build a 5-star hotel with...