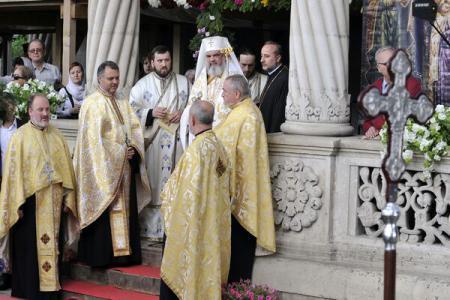 Premier Victor Ponta attends today at the 'St. George the New' Church in downtown Bucharest the religious commemorative ceremony marking 300 years since the martyr death of Prince Constantin Brancoveanu (1654 - 1714) and his four sons.

On Saturday morning, Patriarch Daniel and a retinue of bishops consecrated the new painting and blessed the restoration works at the 'St. George the New' Church which was built by the martyr ruler and where his relics are being kept.

A crowd of thousands also follows the celebrations.

The year 2014 was declared "Brancoveanu Year" to mark the 300th anniversary of the martyrdom of the Brancoveni, with the dedicated events scheduled under the National Program "2014 — Brancoveanu Commemorative Year" unfolding under the high patronage of the Prime Minister. AGERPRES