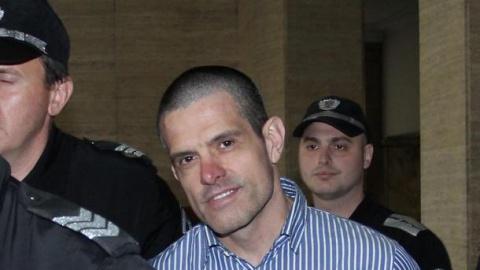 A court of second instance in Milan has upheld the 20-year jail term for Evelin Banev, aka Brendo.

In July 2013, Banev was sentenced to 20 years of imprisonment for drug trafficking by an Italian court.

The sentences of all defendants in the so-called "Cocaine Kings" case were also upheld, according to reports of Sega daily, with Matei Boev receiving a 12-year jail term and Tinko Gareva a 15-year jail term.

The penalties of the remaining defendants, foreign nationals, who were also declared guilty of participating in an international drug trafficking ring from Latin America to Europe, remained unchanged.

The sentences can be appealed before Italy's Supreme Court once the motives to the verdicts have been published.

Meanwhile, in early July 2014, the Sofia Appellate Court acquitted Banev on charges that he organized and participated in a money laundering crime group.

In February 2013, the court of first instance, the Sofia City Court, sentenced Banev to seven and a half years of imprisonment for laundering money from drug trafficking.

Banev was arrested in May 2012 in Sozopol in an international special police operation codenamed Cocaine Kings, along with 15 other Bulgarians, 12 Italians, one Slovenian, one Romanian, and one Georgian.

He remained in custody in Italy for a certain amount of time but was handed to the Bulgarian authorities due to his case in his home country.

In the meantime, Romania also called...