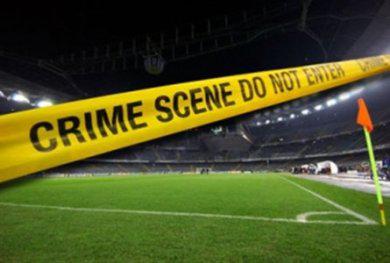 Eleven soccer officials were on Wednesday given until September 15 before they have to face prosecutor Aristidis Koreas, who is investigating allegations that the draws to decide which match officials were appointed to referee games in Greeces Super League were fixed.

The 11, who include Hellenic Football Federation chief Michalis Sarris and chairman of Greek champion Olympiakos Vangelis Marinakis, were due to be questioned on Wednesday but asked for more time to prepare their depositions.

A council of misdemeanor judges recently granted Koreas the right to have access to suspects telephone records.

Cavusoglu derides Mitsotakis’ over his May address to US Joint Session of Congress
Boris Johnson denounced government for not returning Parthenon Sculptures, 1986 letters reveal

Rafina Port Authority: Plans for ship electrification
Even If Turkey Gets Modernized F-16s, Greece Will Still Have A Technological Edge In Airpower – Forbes analysis
German Handelsblatt: Greece the most expensive destination in the Med – Turkey the cheapest