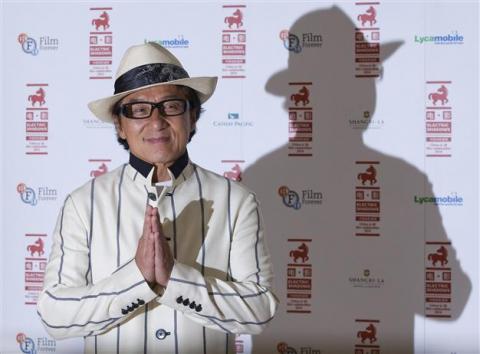 Hong Kong movie star Jackie Chan said Wednesday he felt "ashamed" of his son's detention on drug-related charges, adding he had "failed to educate" his child.

Jaycee Chan, who like his father is a singer and actor, was detained last week after police found more than 100 grams of cannabis at his home in Beijing, according to Chinese state-run media.

The charges were a potential embarrassment for kung fu star Jackie Chan, who has a high profile in China where he was appointed as a government-backed "anti-drug ambassador" in 2009.

The "Rush Hour" star said in a post on China's Twitter-like Sina Weibo service that he is "extremely angry and extremely shocked" over his 31-year-old son's detention.

"As a public figure, I am ashamed. As a father I feel terrible," he added.

"I have failed to educate my son. I must also take responsibility, and in my son's name take a deep bow and apologise to the public."

Consuming and supplying cannabis are both illegal in China.

He was held in a swoop which also saw a well-known Taiwanese actor known as Kai Ko detained on drug charges.

China launches periodic crackdowns on illegal drug use, which in the past have involved arresting celebrities.

At least 10 locally-known stars have been detained on drug-related charges this year, state-run media have said.

The younger Chan was shown on state TV late Monday with his face blanked out as a plain-clothed investigator pulled small boxes...