Minister Fyodorov: Serbia to up cheese export to Russia 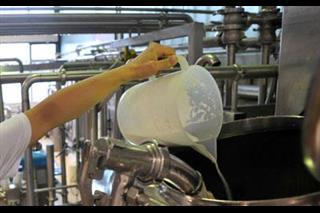 MOSCOW - Serbia will increase its cheese export to Russia in two weeks, Russian Minister of Agriculture Nikolay Fyodorov said after the meeting with his Serbian counterpart Snezana Bogosavljevic Boskovic in Moscow on Thursday.

Next week, Russia will be ready to grant the delivery of dairy products from Serbia with guarantees issued by the national veterinary service, Fjodorov said as reported by ITAR-TASS.

He said that dairy producers from Serbia could then begin deliveries to Russia within two to three weeks' time.

In this way, Serbia's major dairy producers could penetrate the Russian market and export primarily cheese, the Russian minister said and underscored that 41 companies from Serbia are currently exporting food to Russia and the Russian Ministry of Agriculture has suggested to their Serbian colleagues to up the number of exporters.

Bogosavljevic Boskovic noted that Serbia is interested in joint investment projects in agriculture and increase of exports to Russia.