PNL's Iohannis: R. Moldova has been and still is Euro-Atlantic Romania's major theme 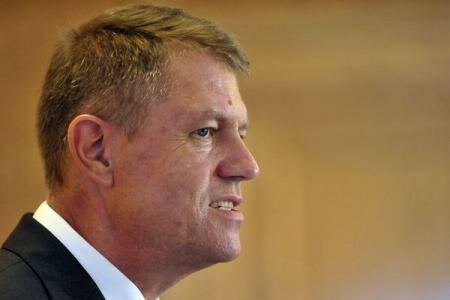 National Liberal Party (PNL) Chairman Klaus Iohannis on Wednesday sent a message on Republic of Moldova's Independence Day, in which he maintains that this country has been and it still is Euro-Atlantic Romania's major theme.

'The Republic of Moldova celebrates today, August 27, the Independence Day. Romania was the first state to have recognised this country's independence on September 3, 1991. The course of the 23 years has been anything but easy for the Republic of Moldova. It confronted not only successive communist ruling, but also a separatist war, resulted in the control loss on 10 per cent of its territory,' Iohannis says in the message remitted to AGERPRES.

He shows that, in spite of the past difficulties, after the Revolution of the youth of April 2009 in Chisinau and the resumption of power of the democratic and pro-European forces, it can currently be noted that the Republic of Moldova managed to fully capitalise on its status as Eastern Partnership member, having obtained the annulment of visas for its citizens and the signing, together with Ukraine and Georgia, of the Association Agreement with the European Union, the free trade component, included.

Iohannis underscores that the Republic of Moldova remains a major theme for Romania.

'In all these 23 years, Romania has naturally been always supporting the Republic of Moldova and its citizens on this uninterrupted path to freedom, dignity, prosperity and democracy. The Republic of Moldova has been and remains Euro-Atlantic Romania's major theme. The common elements of language, history, civilisation and culture make from Romania's relation with its neighbour across the Prut River a single episode in Europe. Regardless of the political orientation of the power...

EconMin: Half of face masks on market do not protect against Covid-19, all non-compliant masks, imported
Developing local investor community, top priority for Bucharest Stock Exchange
GCS: 9,739 new cases of COVID-19; tests carried out in past 24 hours - 35,575
MAE: Fighting violence against women - one of Romania's priorities
Palestinian Film Festival to begin on Thursday; eight films to run at this virtual edition
Iohannis: The COVID-19 pandemic challenges us; responsibility gets us out of this difficult ordeal
Heavy trucks queue at border between Romania and Bulgaria, Giurgiu-Ruse crossing point
Romania, Spain consider Memorandum of Understanding between ministries of culture
Orban: Ionel Bratianu is remembered for dedicating his life to the great national ideals
At Francophonie Ministerial Conference, ForMin Aurescu highlights Romania's participation in OIF actions