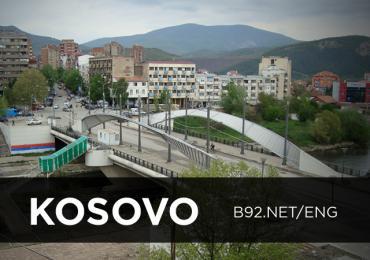 ZVEČAN -- Councilors from four northern Kosovo municipalities say they would stage peaceful protests against the EU mission in Kosovo, EULEX.

According to them, EULEX is acting contrary to its mandate through political persecution of Serbs.

Together with the conclusions of the extraordinary joint session of councillors from municipalities of Zvečan, Northern Mitrovica, Leposavić and Zubin Potok, the officials announced the preparation of an action plan for non-violent democratic protection of Serb interests.

The decision on peaceful mass protests against the self-will and counter-legal activities of the EULEX Mission were passed by votes of 63 out of 76 Serb councillors of municipal assemblies, and the session was not attended by ethnic Albanian councilors.

The conclusions, which stated that EULEX is acting contrary to its original mandate and the goals of the international community in the province, were read out by Zvečan Municipal Assembly Speaker Darko Radovanović.

The councillors of the four municipal assemblies want to send a clear message to the EULEX Mission that it has to take exclusive responsibility for the rising tensions in the north, and are calling for a responsible attitude and talks on instantaneous end of Serb prosecution in the north, Radovanović said.

During the session which was also attended by Director of the Serbian Government Office for Kosovo and Metohija Marko Đurić, Northern Mitrovica Mayor Goran Rakić expressed regret that EULEX representatives did not respond to the invitation to come to the meeting.

By assuming such stand, they sent the message that they are not capable of justifying their...

There is no longer any treatment at home; all those infected must go to hospitals

Nurses, anesthetists and surgeons are among most infected at the Dedinje Institute

Johnson is not on a respirator, still in intensive care

Krusevac - a new hotspot of coronavirus in Serbia