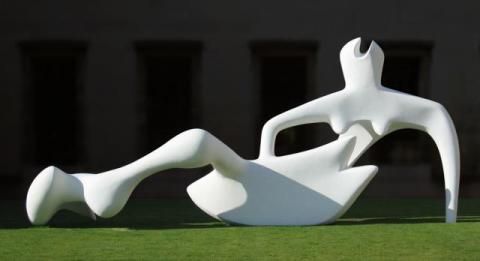 
BELGRADE -- An exhibition of works by Henry Moore will be staged at the National Museum in Belgrade from September 11 to October 31, Tanjug is reporting.

The exhibition will also be on display at the museum of the Serbian province of Vojvodina from November 7 through 30.

Almost 60 years after Moore's first exhibition in Belgrade, which made a significant mark on the Serbian artistic scene, visitors will be able to familiarize themselves with a less widely known part of his creative output - his graphics.

The exhibition will feature 80 graphics, five sculpture models and a working model, all dating back to the period between 1934 and 1984, while a set of photographs of the author himself and his creative process will provide a closer insight into his work.

The works included in the exhibition "Henry Moore, the Graphic Artist," are part of a special collection of the British Council's Museum Without Walls, to which the artist himself donated more than 200 exceptional works of art in 1984.

To Moore, who believed that a good drawing is the foundation of every sculpture, this form of artistic expression was equally important, occupying the famous sculptor's attention with unrelenting intensity throughout his life.

The staging of the exhibition is supported by the Serbian Ministry of Culture and Information, the Vojvodina Provincial Secretariat for Culture and Public Information and the British Embassy in Belgrade.