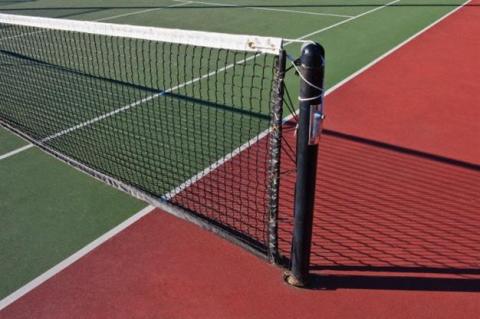 The fifth annual Embassy Tennis Tournament will be held on Sept. 13-14 and Sept. 20-21 at the Ankara Tennis Club, with a total of 30 ambassadors displaying their skills on the tennis court, rather than on the negotiating table.

Participants will include diplomats from the Turkish Foreign Ministry, diplomatic missions in Turkey, as well as Finance Minister Mehmet ÅimÅek. Norwegian Ambassador Janis Bjorn Kanavin is one of the hosts of the tournament, the first of which was held in 2010.

Ahead of the tournament, diplomats including ambassadors from the United Kingdom, Benin, Sri Lanka, Peru, Luxembourg, Lebanon, Serbia and the Democratic Republic of Congo gathered earlier this week at a reception hosted by ÃÄ±nar & ÃÄ±nar Law Office, which has arranged the tournament since 2010.

Tears, dance as Benin welcomes back looted treasures from France

France to give priceless artworks back to Benin
Romania updates list of countries in COVID-19 red, yellow, green areas

180 countries commit at UN to equitable vaccine access
MAE: No Romanians aboard "Davide B" ship
MAE: Task force convened to analyze incident of ship with Romanians in its crew

Confirmed: A Bulgarian Citizen is among the Seamen Abducted near Benin