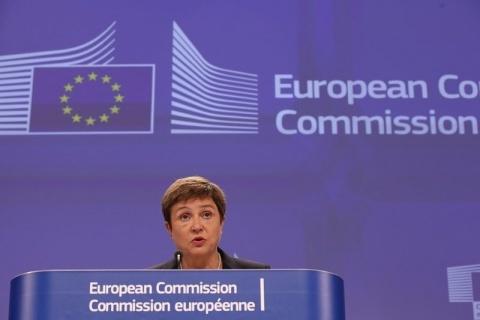 A draft line-up of the new European Commission, obtained by Reuters, shows that Bulgaria's Kristalina Georgieva would most likely be taxation and anti-fraud commissioner.

The final line-up of Jean-Claude Juncker's 28-strong team is expected to be announced on Wednesday at noon, so the draft is subject to change.

The draft of the new line-up is incomplete and does not mention nominees for some of the top positions - all former prime ministers - that have been put forward by EU governments.

However, given that EU governments have already formalized their nominees, those not mentioned on the list are expected to take on the most senior posts as "vice presidents". They include Finland's Jyrki Katainen and Estonia's Andrus Ansip.

Following is the draft list of posts and commissioners:

Another country afraid of Russia? "We will all be run down"

A message from Moscow: We'll start from Lithuania