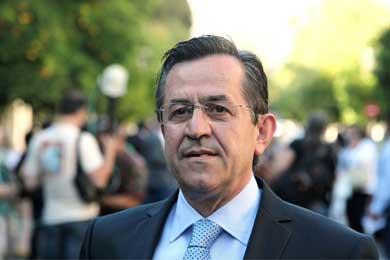 An independent Greek deputy who insulted Luxembourg's Prime Minister Xavier Bettel on Twitter on Wednesday apologized for his extreme language, but he said the sentiment remained.

In a letter sent to Bettel this week, Nikos Nikolopoulos, a former New Democracy lawmaker and vice president of the right-wing Union for the Homeland and the People, said he was sorry about the comment adding that it did not reflect his usual manners.

However, I will not apologize for my solid and straightforward views which triggered my electronic message, said Nikolopoulos who described himself as a longtime defender of the values of the nation, religion and family.

In late August, the Greek MP commented on the Luxembourg premiers decision to marry his partner by tweeting, From the Europe of nations to the Europe of faggots.

The Greek deputy subsequently came under fire by other users of the social network for his comment but was unrepentant, issuing a longer statement in which he raged against the possibility of Greece following other European countries and allowing civil partnerships between same-sex couples.

Bettel had played down the matter by tweeting that relations between Greece and Luxembourg wont be affected by the comments of an isolated politician.

In his letter this week, Nikolopoulos spoke of gross hyperbole in people's sexual preferences conducted in the name of human rights.

He also invited Betel to take part in an upcoming event on racism organized by his party.