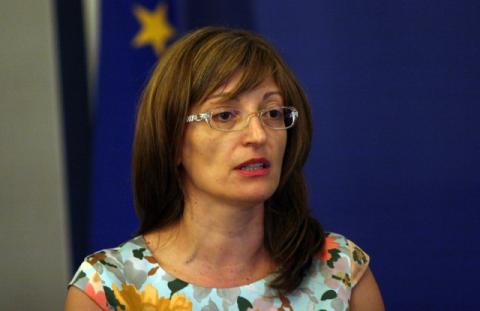 The World Bank is ready to help Bulgaria reform its energy sector, the Regional Development Ministry said  on Thursday.

The Bank will support the government in drafting systemic measures for balancing Bulgaria's energy system, the ministry said in a statement following a meeting between Caretaker Deputy Prime Minister in charge of economic policy Ekaterina Zaharieva and senior World Bank officials in Sofia.

Energy is of utmost importance to Bulgaria and the country has the World Bank's support, Mamta Murthi said.

At the meeting, Ekaterina Zaharieva said the main task of Bulgaria's newly founded Energy Board is to propose adequate solutions for coping with a deficit of BGN 3 B in the energy sector that threatens the sector with collapse.

In May 2013 the World Bank said in a report that lack of transparency in the management of state-owned companies, a widespread sense of corruption and an insufficiently independent regulator to control the entire energy system are hampering reform in the sector.