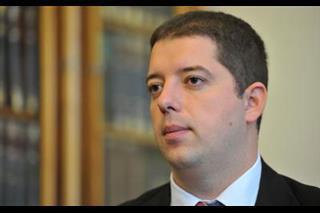 BELGRADE - Belgrade and Pristina working groups have agreed to expand the freedom of movement agreement to cover the Belgrade airport Nikola Tesla and a number of border crossings, including those leading to Bulgaria and Macedonia, head of the Serbian government office for Kosovo Marko Djuric said on Wednesday.

The agreement was made in Brussels on Tuesday and will allow those with personal identification cards, but not passports, issued by the provisional authorities in Pristina to cross the border at a number of additional places while in transit, he told a news conference.

These are the crossings at the Belgrade airport and a number of others, he pointed out, adding that people with identification papers issued by the Kosovo authorities had already been able to cross at other points along the border with Hungary and Croatia while in transit.

"This will include Bulgaria and Macedonia in two months, once the technical requirements are met," he explained.

This does not require any other odentification papers except those issued by Serbia while in Serbia's territory, he noted.

The situation is perfectly clear in terms of identification papers, because Serbian citizens use Serbian passports in Serbia, weather they come from Kosovo or not, he explained.

"Kosovo is run by provisional authorities and they have been issuing various forms of identification documents since 1999, including UNMIK personal IDs and now those issued by the provisional government in Pristina, Djuric said.

Those with those papers have so far been able to use two border crossings, one leading to Hungary and the other to Croatia, and now they will be able to use those IDs, "and not the passports of some self-proclaimed...

"He is one of the leaders of the secret world government"