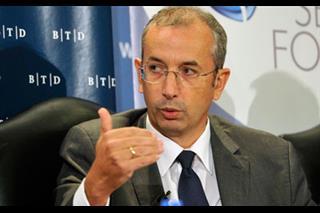 BELGRADE - Serbia is making systematic progress towards the EU and this orientation will be reaffirmed on October 8, when the European Commission is to present its progress report, says the head of the EU Delegation to Serbia Michael Davenport.

It is significant that Serbia has made a choice - a strategic choice - that it has opened the accession talks in January, and that it is making systematic progress, Davenport said at the 4th Belgrade Security Forum on Tuesday.

The EU ambassador noted that not a day has been wasted in the negotiation process despite the early elections in Serbia in March, and added that there is no doubt that the process will continue.

The EU remains committed to the enlargement policy although there will be no new accessions due to the process of fulfilling obligations, he said.

The head of the EU Delegation to Serbia said that, in terms of EU accession, Belgrade has the key role of a regional leader.

By making progress on the path of European integrations, Serbia may encourage a revival of the EU agenda in regional countries, he said.

Europe is already in the region and I hope the EU will be even more present - Serbia, which has a key role, will see that its voice is heard more in Europe, in particular, during its OSCE chairmanship next year, he noted.

Davenport was speaking at a panel at which Constanze Stelzenmueller, a senior transatlantic fellow with the German Marshall Fund, presented a report on transatlantic trends for 2014.

Italian Ambassador Giuseppe Manzo, US Ambassador Michael Kirby and Goran Svilanovic, Secretary General of the Regional Cooperation Council, were also among the participants of the panel.