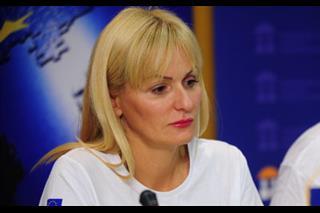 BELGRADE - Director of the Serbian government's Office for Human and Minority Rights Suzana Paunovic said Wednesday that the European Commission (EC) progress report expresses a positive assessment of Serbia's progress in the promotion of human rights and freedoms.

The positive assessment refers to the adoption of the Action plan for the implementation of the anti-discrimination strategy, Paunovic told Tanjug.
"This document defines the Serbian government's anti-discrimination policy in the next five years, and it is harmonized with the action plans for acquis chapters 23 and 24," said Paunovic, noting that although the Action plan was only adopted on October 2, the EC acknowledged this result of the Serbian government in its progress report.

The recent holding of the pride parade in Belgrade was also assessed as positive, she added.

The report also contains an objective assessment of the position of minorities in Serbia and offers clear indications of what should be done in order to implement the laws in this area and, most of all, to improve the position of the Roma national minority, she said.

The EC noted in its annual progress report presented in Brussels on Wednesday that Serbia has made further progress in the field of EU integration over the last year, but that additional efforts are needed for putting reforms in place, primarily in the fields of judiciary, the fight against corruption and the normalization of relations with Pristina.