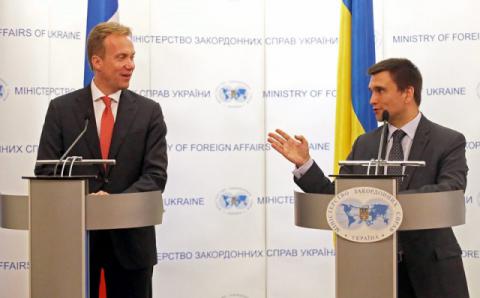 Norway said on Friday it is tightening its economic sanctions against Russia over the crisis in Ukraine to bring them in line with the latest round of EU restrictions.

"Despite massive international pressure, Russia has not demonstrated any willingness to change its course in Ukraine, which is in violation of international law,' Norway's Foreign Minister Borge Brende said in a statement.

The latest round of EU and US sanctions against Russia was introduced on September 12, targeting the country's banking, defence and energy sectors. The new restrictions imposed by Norway replicate those imposed by the EU last month and will take effect immediately.

The EU sanctions target Russia's largest oil producer Rosneft, among other oil and gas companies, restricting their access  to EU capital markets as well as to Western services  for oil exploration and production. Rosneft is partnering with Norway's Statoil in frontier offshore exploration including in the Okhotsk Sea and the Russian section of the Barents Sea.

"Russia's actions in Ukraine remain a matter of serious concern. A fragile ceasefire is in place, but Russia has not complied with the demands made by the international community, including immediate, complete withdrawal of all military equipment and personnel from Ukrainian territory," the statement said.

Moscow has repeatedly denied any involvement in the fighting between Ukrainian government forces and pro-Russian rebels in eastern Ukraine.

Norway, which is not member of the EU, has been imposing sanctions against Russia over Ukraine crisis along with the EU, the US, Australia and Canada.