Request for Serb homes to be rebuilt or damage compensated 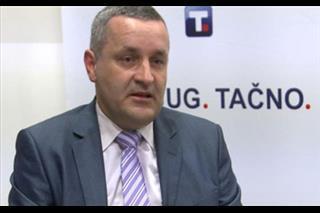 BELGRADE - Head of the Coalition of Refugee Associations Miodrag Linta sent an open letter to Croatia's Prime Minister Zoran Milanovic on friday asking that the government ban the clearance of the ruins of Serb-owned buildings without consent from their owners.

"I ask of you that the Croatian government condemn publicly the terrorist actions against Serbs in Zadar and other Croatian cities outside the areas hit by the war and to call for punishment against the culprits," he stated.

The ruins can be cleared only if the said buildings are being rebuilt or when an agreement on compensation and trials against those responsible are signed, Linta pointed out.

The Croatian government should provide the legal option for the owners of those Serb buildings located in areas not hit by the war but still blown up to get compensation through a court process, he said.

Linta had already presented these requests to Milanovic in a letter from July 1 following the decision by Zadar Mayor Bozidar Kalmeta to clear the ruins of demolished Serb buildings without consent from their owners.

He received a reply from the Justice Ministry on August 25, on Milanovic's behalf, which says that the public authorities have the legal option to intervene on a private property if that property presents, among other things, a threat to the people's health.

This practically means that the government allowed the local authorities to remove those ruins without the owners' consent in order to, supposedly, protect public health, Linta stated.

However, according to the law, traces of terrorist actions must not be removed, because the damaged parties would then have better chances for compensation once the culprits are brought to...