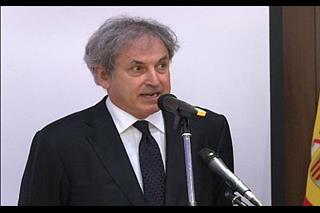 De Haro Valdes, who assumed the office in Belgrade a few weeks ago, said that he feels at home in the Serbian capital given that Serbs and Spaniards have the same mentality, share the same values and feel the same joy of life.

Spain and Serbia have exceptional relations, and we will give our best to make these ties even stronger by means of new plans and projects, he said addressing the reception.

We hope the Serbia will join the EU in a short time with full support of Spain, he said.

Spain celebrates its national holiday on October 12 marking the day when Christopher Columbus set foot on the American mainland for the first time in 1492. This holiday symbolizes the connection between Spain and the international Hispanic community.

Brnabic: Maintaining of peace in Kosovo-Metohija our biggest challenge

Danish embassy in Belgrade to buy green energy from EPS

Vucic: I believe in Serbs’ courage, we will not allow expulsions