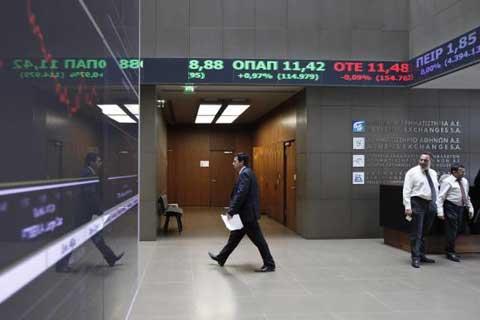 The ECB is considering buying corporate bonds and may decide as soon as December with a view to begin purchases early next year, several sources familiar with the situation told Reuters.

The news on Tuesday had helped peripheral eurozone debt close the yield gap against benchmark German government bonds, a move that continued on Wednesday morning.

The news of bond buying had quite a beneficial effect on the non-German bond markets, for good reason, so spread narrowing was quite substantial and today there is still some after-effect of that, said KBC strategist Piet Lammens.

Greek bond yields were the biggest movers, some 42 basis points lower on the day at 7.40 percent.

Portuguese equivalents were down 7 bps at 3.36 percent, while Italian and Spanish yields were both 1 bp lower at 2.52 and 2.21 percent respectively.

EC Sent Letter to Bulgaria About the Citizenship by Investment Scheme

Russia Accuses US of Plotting ‘Coloured Revolution’ in Moldova

The Pentagon is sending tanks to the Balkans?