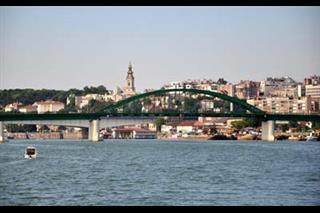 BELGRADE - An informal meeting of foreign and finance ministers of Western Balkan countries, dedicated to economic management and cooperation, will take place in Belgrade on Thursday, the Serbian Ministry of Foreign Affairs said in a statement.

The meeting will be attended by Vice-President of the European Commission responsible for Economic and Monetary Affairs Jyrki Katainen, European Commissioner for Enlargement and European Neighborhood Policy Stefan Fuele, Special Representative of the Italian EU Presidency Andrea Orizio, and Secretary General of the Regional Cooperation Council Goran Svilanovic, the statement said.

Serbia will be represented by First Deputy Prime Minister and Minister of Foreign Affairs Ivica Dacic and Economy Minister Zeljko Sertic, and the participants are expected to issue a joint final statement.

According to Belgrade-based media, Thursday's meeting will also be attended by ministers in the government of Albania, while Kosovo will be represented by Foreign Minister Enver Hodzaj and Minister of Economic Development Fadilj Ismajli.

The conference will be an informal 'Gymnich' meeting, and it will not address any status-related issues, particularly with reference to Kosovo, Dacic specified earlier.

"We want all these conferences to have a goal and a conclusion, and we do not want to organize meetings where no agreements could be reached," said Dacic.

The meeting of regional foreign and economy ministers was arranged at the Conference on the Western Balkans in Berlin, held on August 28 at the initiative of German Chancellor Angela Merkel, which brought together leading politicians from the region.