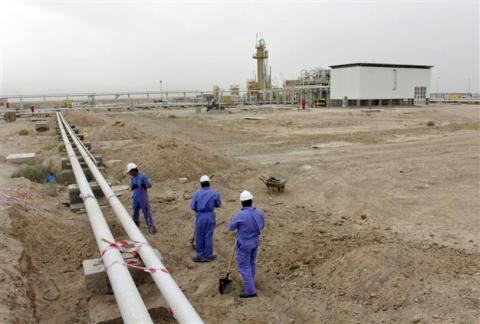 Iraqi Kurdistan plans to increase the capacity of its oil pipeline via Turkey to 700,000 barrels per day (bpd) following upgrade work, industry sources and officials said on Oct. 27.

It will raise the flow to 400,000 bpd by year-end, from a current 280,000 bpd, adding further pressure to falling world oil prices already hit by rising supply.

The Kurdistan Regional Government (KRG) has quietly pressed ahead with plans to expand oil pumping capacity in the teeth of opposition to its oil exports from the Baghdad government and as it fights against the Islamic State of Iraq and the Levant militants.

âThere is further technical upgrade work ongoing right now and once that is finished, the pipeline capacity will reach its designed volume which is 700,000 bpd,â one industry source said.
âI believe the work will be completed in two to three weeks,â the source said.

KRGâs pipeline to the Turkish port of Ceyhan, first began operating at the start of this year, angering the central government in Baghdad which claims the sole authority to manage Iraqi oil.

A total of 19.2 million barrels of oil have been exported via Ceyhan, Turkish officials said, and around $400 million has been deposited with Turkish state lender Halkbank as a result.

The KRG has declined to say who is helping it arrange the deals.

In September, Reuters reported that at least 3 million barrels of Kurdish oil were on ships heading to Asia, with trade sources...