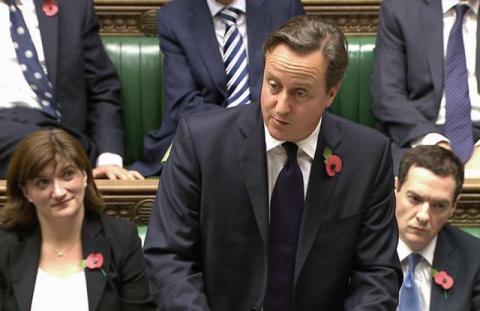 
LONDON -- The British ruling coalition has failed to adopt a bill to organize a referendum on Britain's membership in the EU.

With this, parliamentary procedures regarding the bill have been halted.

The British ruling coalition has failed to persuade MPs to adopt a law to organize a referendum on Britain's membership in the EU.

With this, parliamentary procedures on the document have been halted.

An MP from the Conservative Party led by Prime Minister David Cameron proposed a law that would guarantee the holding of such a referendum in 2017, regardless of who wins the upcoming parliamentary elections scheduled for May 2015.

Faced with the growing popularity of the anti-EU UKIP party, Cameron in late 2013 promised a referendum - if he won the election.

The bill on referendum passed its first hurdle earlier this month, but the parties' failure to agree means it will not go forward to a vote in the House of Commons, AFP reported.

Both ruling parties, the Conservatives and the Liberal Democrats, are now blaming each other for "deliberately sabotaging" the legislation.

NATO: "We want to avoid war with Russia"