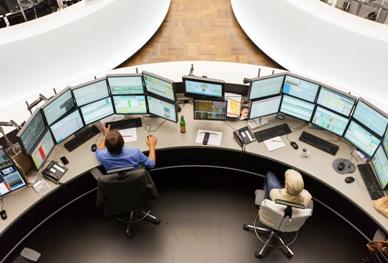 European shares turned lower on Thursday as banks in countries such as Italy, Greece and Spain resumed their recent downtrend.

Shares in peripheral banks have mostly been falling since the publication of the results of the European Central Bank's stress tests over the weekend.

The tests highlighted capital holes at some Italian banks such as Monte Paschi, as well as extra non-performing loans and hidden losses across the sector.

Andrea Enria, the chairman of Europe's banking watchdog - the European Banking Authority (EBA) - weighed in on Thursday as he warned that banks should not feel too secure after the tests, including even those banks which passed them.

Trading in Monte Paschi had been halted on Thursday with the stock down 5.2 percent. Greek banks such as Eurobank fell as much as 9 percent.

"After some positive comments initially, there has been a different, negative reading of the stress tests by the market,» a trader in Milan said.

Drama in Madrid; they have taken over the Museum: "We will commit suicide" PHOTO