Daniel Constantin: it is most important voting since 1989 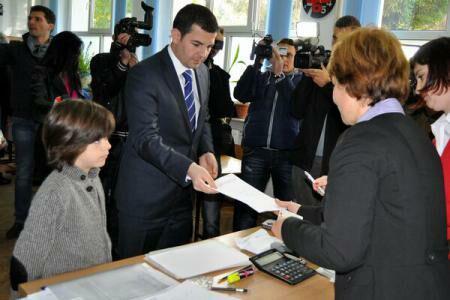 Deputy Prime Minister Daniel Constantin said on Sunday, at Pitesti (north-west of Bucharest), that Romanians have the opportunity to make a good choice for the country for the first time, considering that this presidential election is the most important of the last 25 years.

He has also hope that citizens will turn out in large numbers.

"I think that everyone knows, all Romanians know that Romania is today at a crossroads and we have two variants, either to continue a regime that has brought only hatred in Romania in the past ten years, or go back to a Romania where we will lean to smile again, learn again to be tolerant, a much better and fairer Romania than it has been up to now.

I hope that all Romanians have realized that. I am counting on a significant turnout and I am convinced that at least 7.4 million Romanians are aware of the importance of each vote," said the deputy prime minister. AGERPRES