Foreign Investors Shy Away From Macedonia 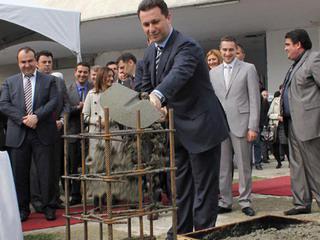 By contrast, Montenegro, which has a population one-third of the size of Macedonia's, attracted almost €350 million in FDI in 2013. Albania attracted  €920 million in foreign investment, Serbia  €780 million while Bosnia and Herzegovina ended the year with €300 million.

The disappointing data come only one week after the World Bank's latest "Doing Business" report ranked Macedonia the region's leader in terms of ease in doing business. It was ranked in 30th place overall, moving up one place from last year.

The government used the ranking to boast about its focus on attracting FDI. However, economic experts say that such rankings are an unreliable guide to a country's ability to attract foreign investment.

"We are mostly attracting investors thanks to the government subsidies we offer. In the long term, this is potentially dangerous because these investors might leave the country once the subsidies run out," economic analyst Slobodan Najdovski observed.

Macedonia also offers investors who spend more than €400,000 and employ at least ten people the right to obtain citizenship.