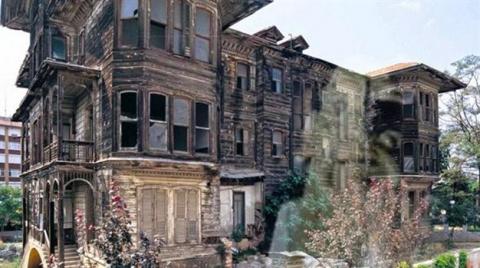 With a history spanning thousands of years, Istanbul still has some of its "haunted" buildings, despite the ongoing construction boom that has transformed many neighborhoods. Here are five of the most notorious:
BakÄ±rpaÅa Mansion

This old mansion in the BakÄ±rkÃ¶y neighborhood has a hair-raising appearance, especially at night and when it is foggy. Rumors have it that it completely âdisappearsâ for one day each year.

The restoration of this âhaunted houseâ in the Bosphorus neighborhood of Kuzguncuk had been delayed several times, because workers were fleeing when they saw âghosts.â It is claimed that one worker even became speechless. Finally though, the mansion has been restored.

Built in 1911, this castle-like red brick mansion with stained glass windows is located on the European shore of the Bosphorus strait. The popular nickname of the mansion, Perili KÃ¶Åk (meaning the âHaunted Mansionâ in Turkish) comes from the fact that its construction remained partially unfinished for a long period. Its original name is the Yusuf Ziya Pasha Mansion and it currently houses the headquarters of Borusan Holding. According to rumors, some workers who were building the mansion claimed to have seen the late wife of the Ottoman pasha, while hearing piano sounds.

Most haunted buildings are derelict houses, but this mosque in the historic neighborhood of Fatih is also known as one. Some locals claim that they hear screams coming from a point across the mosque where a stable stood in the past. They also believe that there is an underground tunnel going from that...