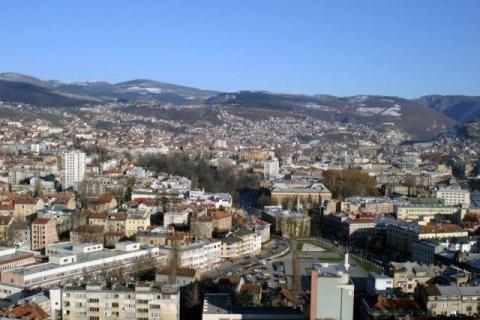 SARAJEVO -- The parties of Bakir Izetbegović, Željko Komšić, and the Alliance for Change coalition have signed a document on common principles of establishing government.

They at the same time called on Dragan Čović of the HDZ Bosnia-Herzegovina, as the legitimate representatives of Croats in Bosnia, join this agreement.

The agreement was reached after the parties from Sarajevo, Izetbegović's SDA and Komšić's DF, said that would prefer to see the SDS - an opposition party in the Serb entity (RS) - in government rather than RS President Milorad Dodik's ruling SNSD.

The government in question concerns the state level. Bosnia is made up of two entities - the RS and the Muslim-Croat Federation (FBiH).

The agreement on a coalition was reached during a meeting in Sarajevo that lasted less than an hour and a half, and is entitled, "Programming principles for the operation of legislative and executive authorities in Bosnia-Herzegovina for the period 2014-2018," Croatian news agency Hina.

The document was signed by the leader of the SDA, Bakir Izetbegović, Željko Komšić from the Democratic Front (DF), and members of the Alliance for Change coalition from the RS - Mladen Bosić (SDS), Mladen Ivanić (the Party of Democratic Progress), and the Independent Democratic Movement of Dragan Čavić.

Izetbegović said that 19 years after the signing of the Dayton Peace Agreement and eight years after the start of the reform deadlock in Bosnia-Herzegovina "it was high time for a change of relations, as contained in the document."

Bosić said it was time for a political turnaround, an end to conflicts and implementation of reforms in the interests...